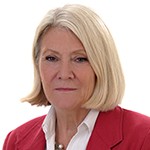 Gillian has worked in the field of career development since 1977 as a counsellor, counselling coordinator, Ontario regional counselling consultant and counsellor educator. She is the past Coordinator of the Career and Work Counsellor Programme and Career Development Practitioners graduate certificate at George Brown College and currently is a part time professor. As a Director of CDPCBO, Gillian is engaged in assessing applications for certification for Ontario CDPs, delivering Ethics and Career Development Theory training and representing CDPCBO and its members across the province.

Gillian has been a well-respected leader in the field regionally and internationally and has been awarded numerous honours including the National Career Development Association (USA) International Award for her work in introducing the profession in the United Arab Emirates. 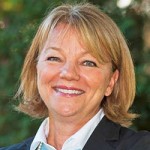 Susan has been involved in the field of career counselling for 14 years. As a graduate of George Brown College’s Career and Work Counsellor Program, she has worked as an employment counsellor, group facilitator, trainer and counsellor educator.

As a program trainer, Susan was involved in facilitating and administering a Job Developer Certificate training program developed by JVS in collaboration with George Brown College. She built ties with the employer community and worked closely with the selected participants to develop competencies of job developers. In 2007, Susan began teaching counselling at George Brown College and has since been involved in assessing student’s competencies in the area of counselling skills and processes. 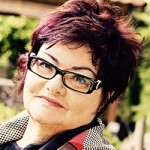 Gayle has been involved in the Career Practitioner field for over 3 decades. She worked for over 30 years in the Federal government department (HRSDC) dealing with employment counselling and programming. Roles included counsellor, supervisor, manager and counsellor educator.

Since 1992 she has been involved with the Career and Work Counsellor Program at George Brown College where roles have included teaching and assessing students in the Diploma Program as well as staff of external agency partners. She is the former Coordinator of the Program, retiring in September 2014. In addition, she is serving on the Board of Directors, ACCES Employment and chairs their People Committee.